The 'Seven Deadly Sins' and Addiction

Those of you who have read through the past week's posts have seen this matrix for what is classically called the 'Seven Deadly Sins.'  In Orthodox terminology, these 'sins' are 'passions,' the deep-rooted sufferings which lead to sins.  They are the modes of sin, which arise from fear.
In AA lingo, these can be classified as 'character defects.'  They constitute the old patterns of behavior that sobriety becomes the escape and healing from.  If one follows the AA Big Book, the 4th Step becomes a study in fear, associating resentments and anger with past events that caused a pathological fear.
Just for review, 'pathological' is made up of two Greek words, 'pathos' (suffering) and 'logikos' (words or thoughts).  Someone who is 'pathological' does what they do because of an interior suffering which compels their actions.
All human suffering, including the suffering that leads to addiction, comes from the same point of origin: lack of awareness of the Living God and the resulting fear.


This is why psychology does not work with addictions: the deepest fears humans experience cannot be uprooted without faith in a Living and Loving God.  Psychology can only offer self-correction of the will.  Now, if the will is relatively intact, and circumstances are 'non-threatening,' then some degree of normalcy can be maintained with a bit of corrective action.


However, if the will is broken or circumstances obviously leave the control of the individual, then distress sets in.  Distress passes us through several stages: corrective action, escape, suicide, or appeal to a Higher Power.


First, we try to manage.  We want to repair what is damaged so that we can continue as we are accustomed.


Second, when we see no successful way to repair our situation without significant change, then the human response is usually to deny the problem or engage in escapism.


Third, after all attempts to deny and escape have been denied, the despair sets in and the agonizing contemplation of death sets in.


However, if one can get through this stage without acting out, the final stage is to seek help with humility.  This is the final breaking of the will, the ultimate surrender.


The addict is at the far end of Stage 2: his will is intact to the extent that he can still 'see' ways to act and 'escape' his problems, either by sedation or distraction.  Yet, he has largely lost control.  Non-addicts tend to operate in Stage 1 and the earlier part of Stage 2.  They know when to apologize, when to back down, and when to change approaches.  They do not get utterly lost in their passions, though they do indulge in them.


Stage 2 is the tipping point, when the distraction becomes its own reality and the addict is formed when he can no longer tolerate the real world.  The soft comfort zone of the addictive behavior weakens the spirit and over-sensitizes the person to the point where he can endure no suffering of any kind.


The Seven Deadly Passions are not absolutes, but rather a way of understanding the various directions human obsessions can go in.  They provide a basic understanding of how we try to escape our fears.
Posted by Fr. George at 7:23 AM 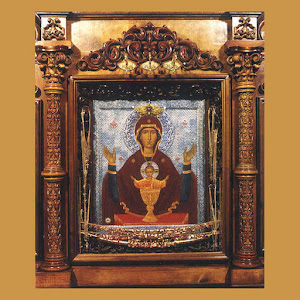